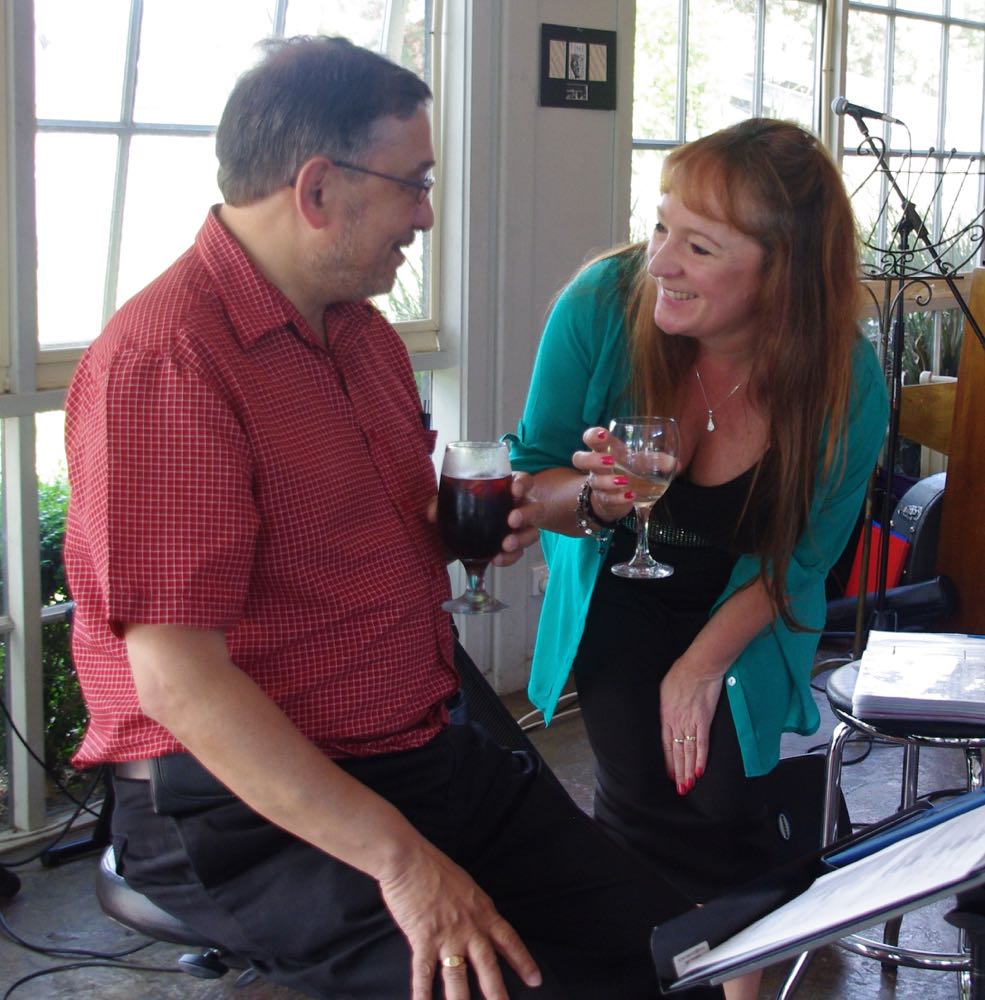 We didn’t know it, at the time, but this was our last event at The Treble Clef.

A few days later, it was announced that The Treble Clef would be closing for a year or so, while Damon, Bernie and Chris take a break and seek a larger venue. Our thanks to them for supporting us and live music generally and best wishes for the future. 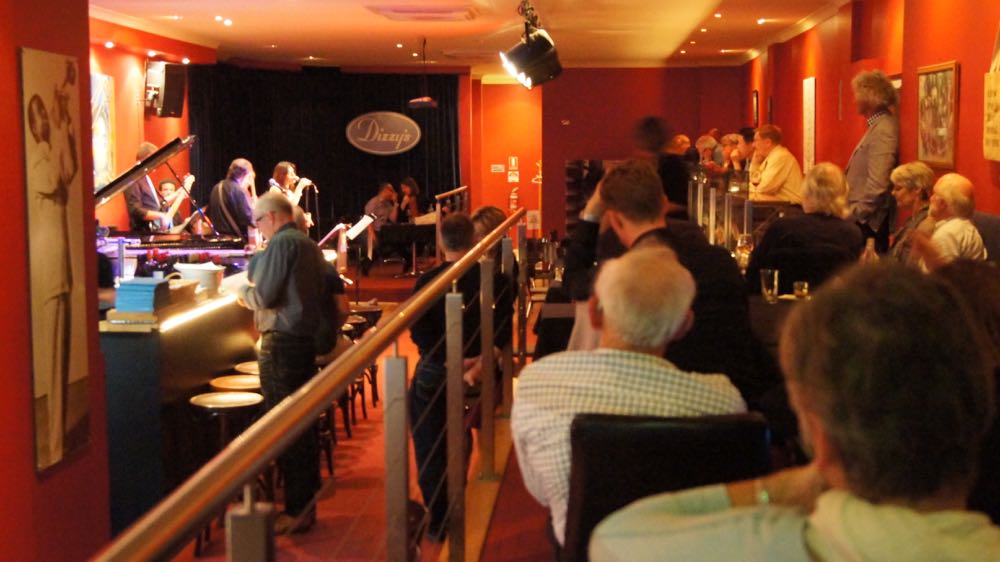 A large audience was present for this double-bill event:

We weren’t quite sure how things would run but they did: a night of almost uninterrupted music, with two sets from each band.

Thanks to everyone who came – even one fan from Canada! 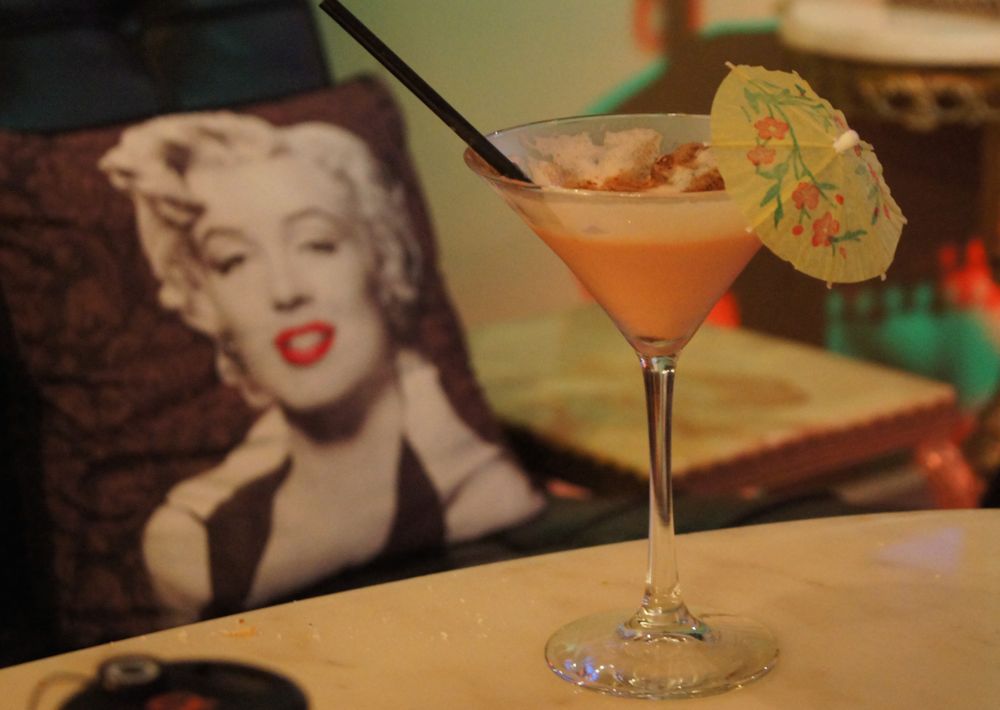 It was a quick dash to Somerville after work on Friday.

A beautiful spring evening playing at Vesbar – clearly a popular gathering place for groups of friends. 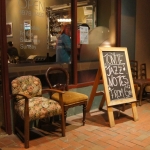 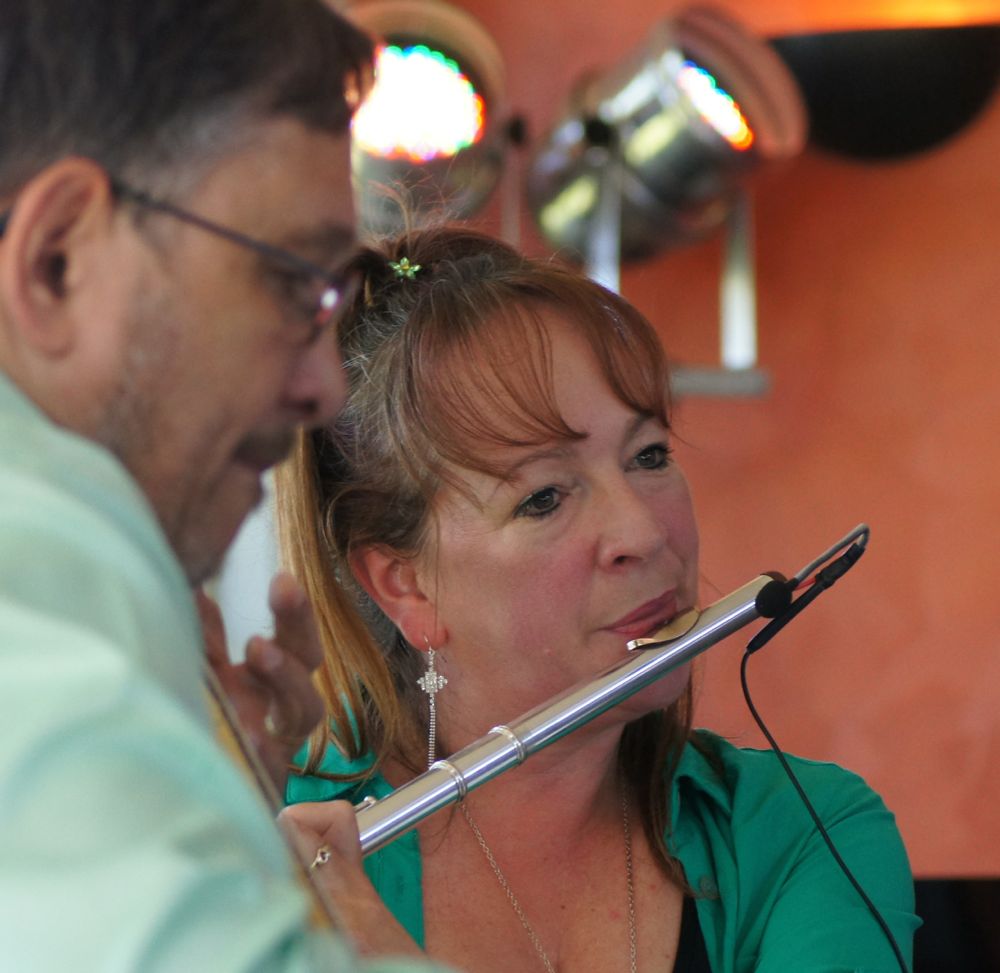 It seems that Kevin’s flute-playing will advance very slowly: this was the first ‘real’ lesson and lasted at least 5 minutes. The good news is that sounds were heard, at last. In fact, there might have been a bit of a duet.

Prior to this, there were the rather more familiar flute and guitar sounds. Thanks to all who came along.

It’s been some years since Kevin backed Buddy, so he was pleased to renew the musical acquaintance of Buddy Love. Buddy’s singing style is reminiscent of Vince Jones and Chet Baker, two of Kevin’s favourite male singers.

Ann (flute) has recently recorded with Buddy for his upcoming CD.

Kevin and Jess (bass) had played together at the Castlemaine Jazz Festival, a few months ago. And Spike (drums) came to the notice of Kevin and Ann at one of the events of the Melbourne Music Performers.

It was our first time at The Famous Blue Raincoat, a really nice venue where we were well looked after by James, Vanessa and Holly.

Unfortunately, the venue is changing hands and live music might not be in the future plans. 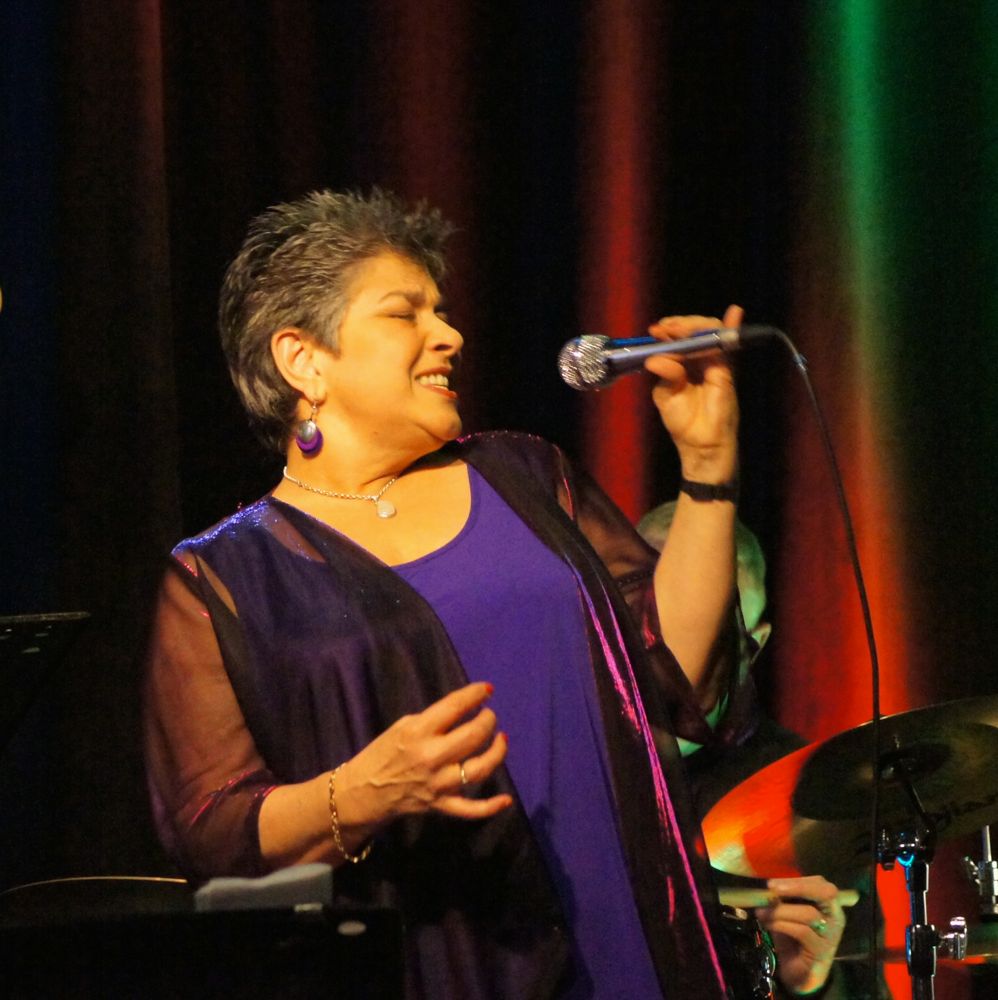 It was our third event with Pippa, this year, and they just keep getting better!

On this lovely night, Jazz Notes played to an almost full house and the enthusiasm was palpable.

‘great interaction between Pippa and band.’ (John)
‘… with all of you so obviously having so much fun it took the evening to a new level and place.’ (Barry)
‘As usual thoroughly enjoyed the entertainment … lots of fun and great music’. (Janice)

Pippa’s great fun to work with so we’re hoping to do more with her in 2015. 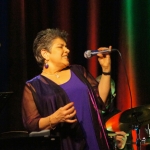 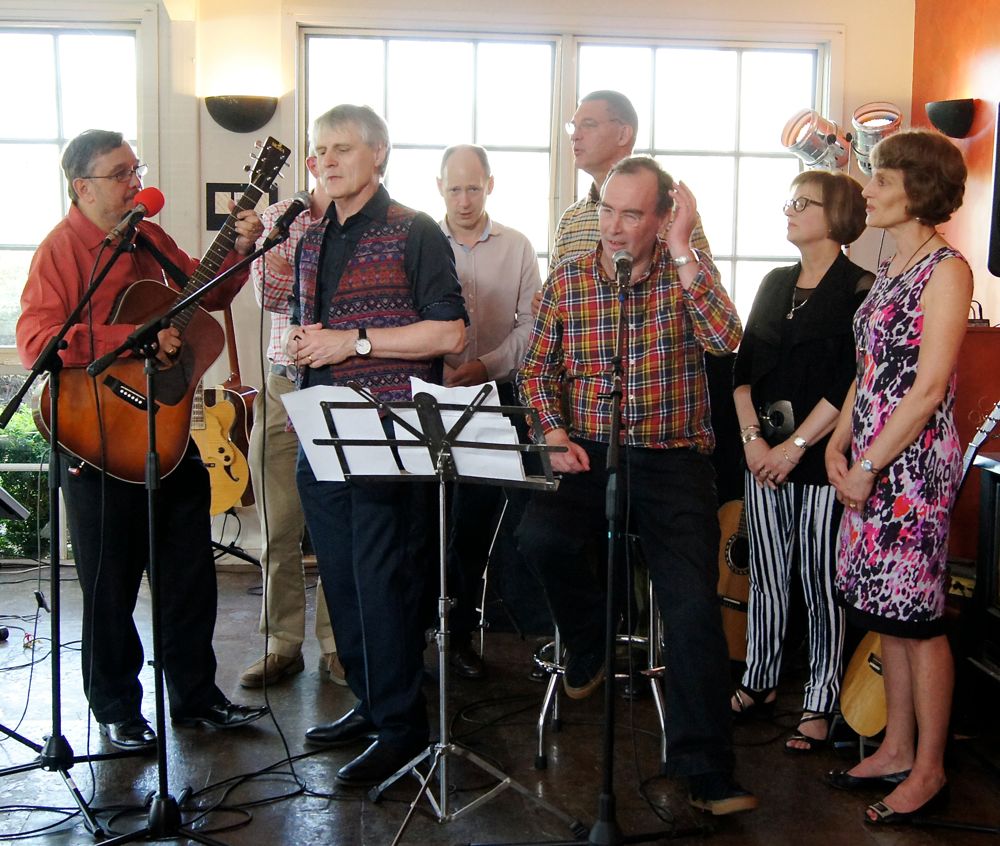 The birthday party of Kevin’s long-standing friend, Maurice, was a noisy affair! So much so that few would have heard Sevil. Those who did passed very favourable (and accurate!) comments.

Sevil wasn’t the only singer, that day: Maurice was joined by Neville (various guitars, piano, ukulele) and Kevin (guitar) for a few songs and then joined by others in some of the vocals. 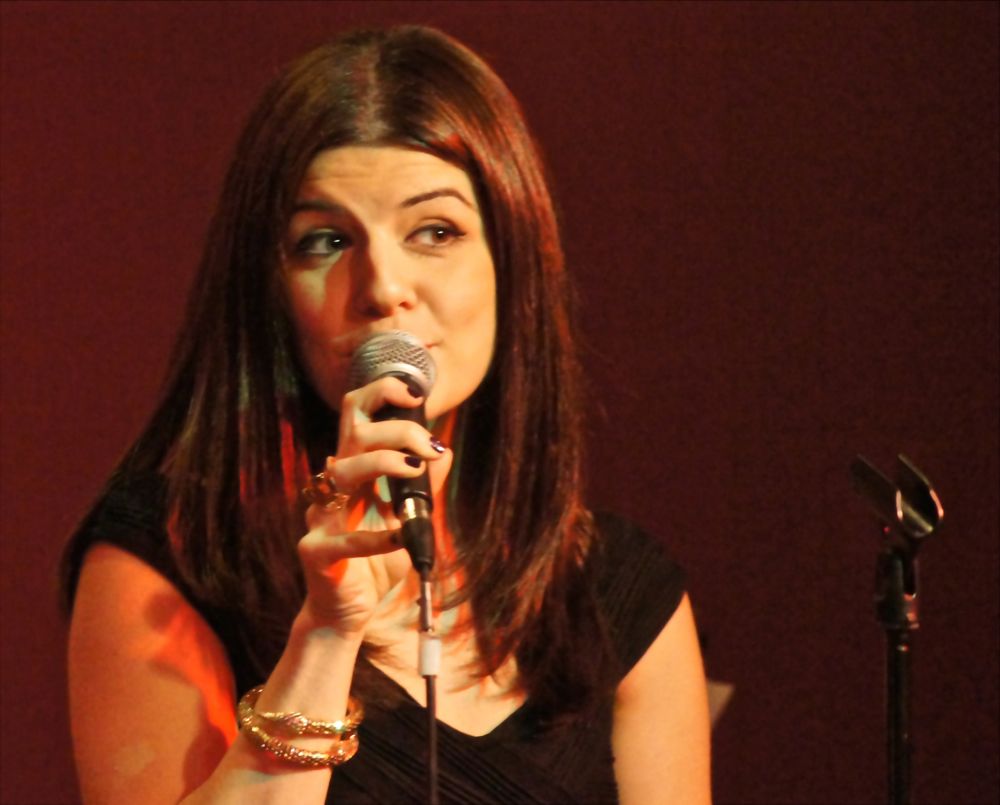 Thanks to Roger Clark for inviting us to play at his iconic jazz club.

For Sevil and Daniel, it was their first time at Dizzy’s and Sevil sang up a storm, under the watchful eye of Dizzy, himself.

Daniel, recently arrived from Newcastle, claimed it to be his first gig at a real jazz club in Melbourne. Not so Ann, who’s had several recent appearances at Dizzy’s (with one of her other bands!).

Some of us played with Monique at the recent Castlemaine Jazz Festival so we were very pleased that she joined us at Dizzy’s.

Sevil’s jazz career was nurtured by pianist, Ted Woollan, who made a guest appearance to accompany Sevil in a couple of songs. Similarly, Kevin began under the guidance of Colin Garrett and his presence on this night was a delightful surprise. 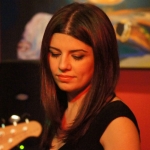 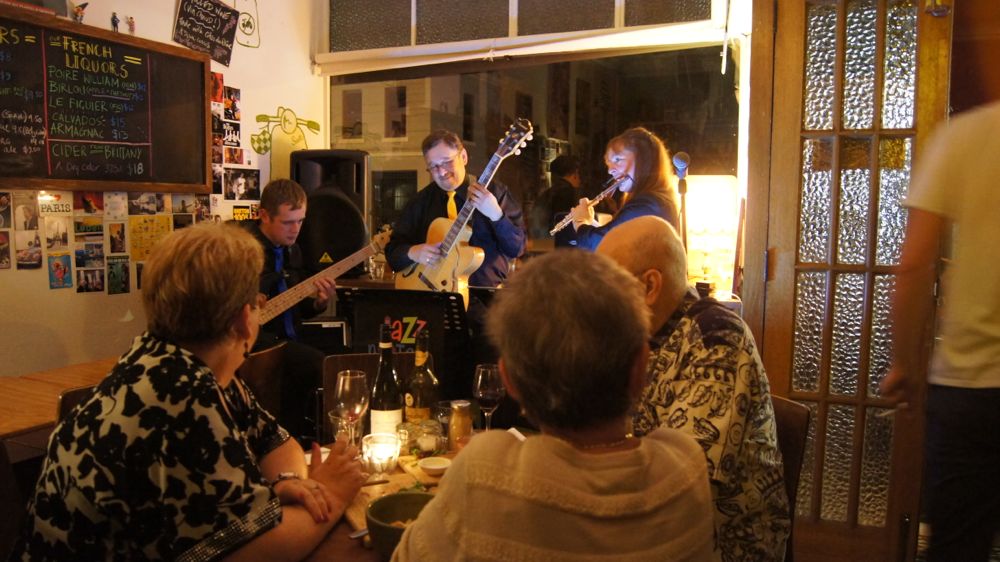 It was a fun night at La Niche. Very relaxed.

Intimate (squeezy): Kevin had to find a new way of playing the guitar to avoid hitting Ann!

Antony joined us for a couple of songs.

Thanks to those who came along. From the sounds of things, we’ll be back! 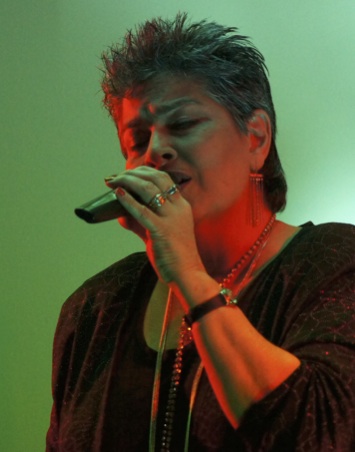 We had a lot of fun with Pippa, last time we appeared at Burrinja so we’re delighted that Pippa Wilson will appear again with Jazz Notes in October.

You can hear see and hear a minute of our June event with Pippa:
Pippa Wilson with Jazz Notes at the Ringwood RSL 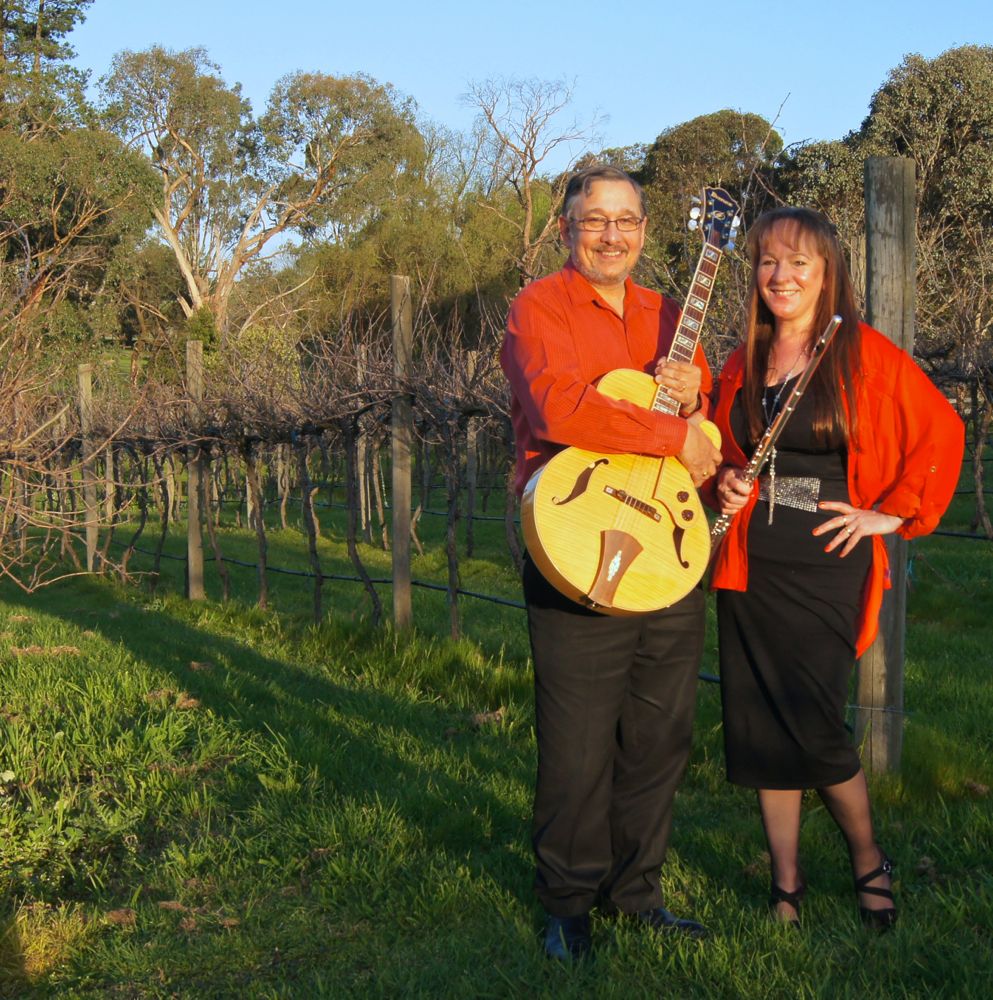 What a glorious afternoon it was: the sun was shining and there were many new faces at The Treble Clef.

Marion didn’t want to miss the opportunity to get some photographs – especially of Kevin’s first flute lesson! 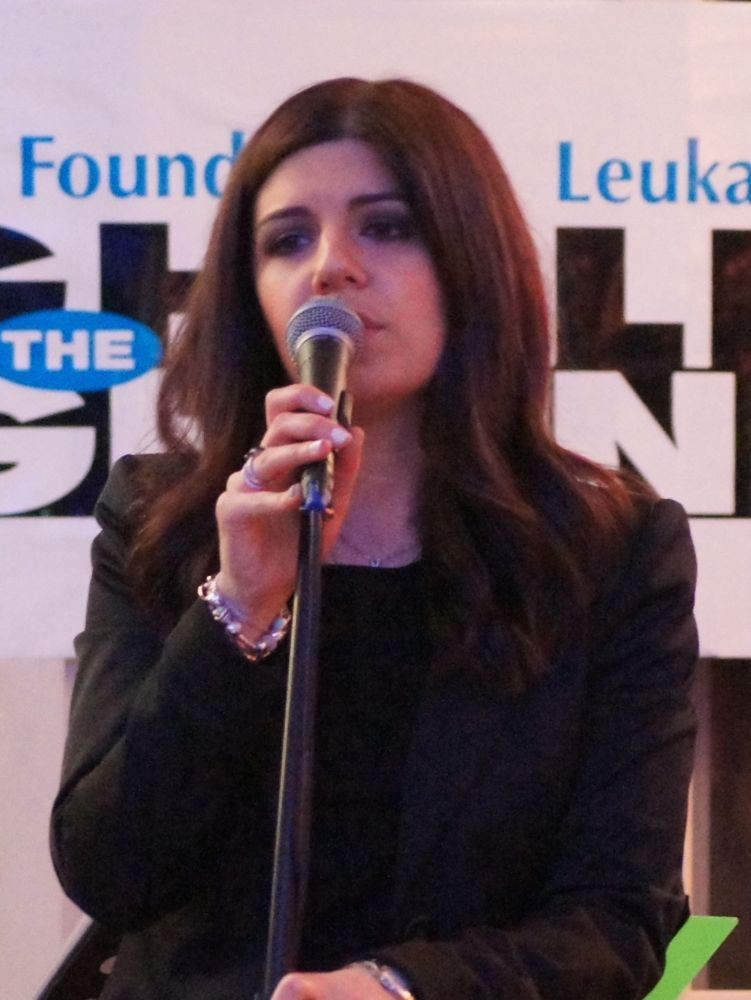 Jazz Notes supported Alexa Blazé’s ‘For The Best’ team in a fundraiser for the Leukaemia Foundation’s ‘Light The Night’ campaign (http://www.lightthenight.org.au). 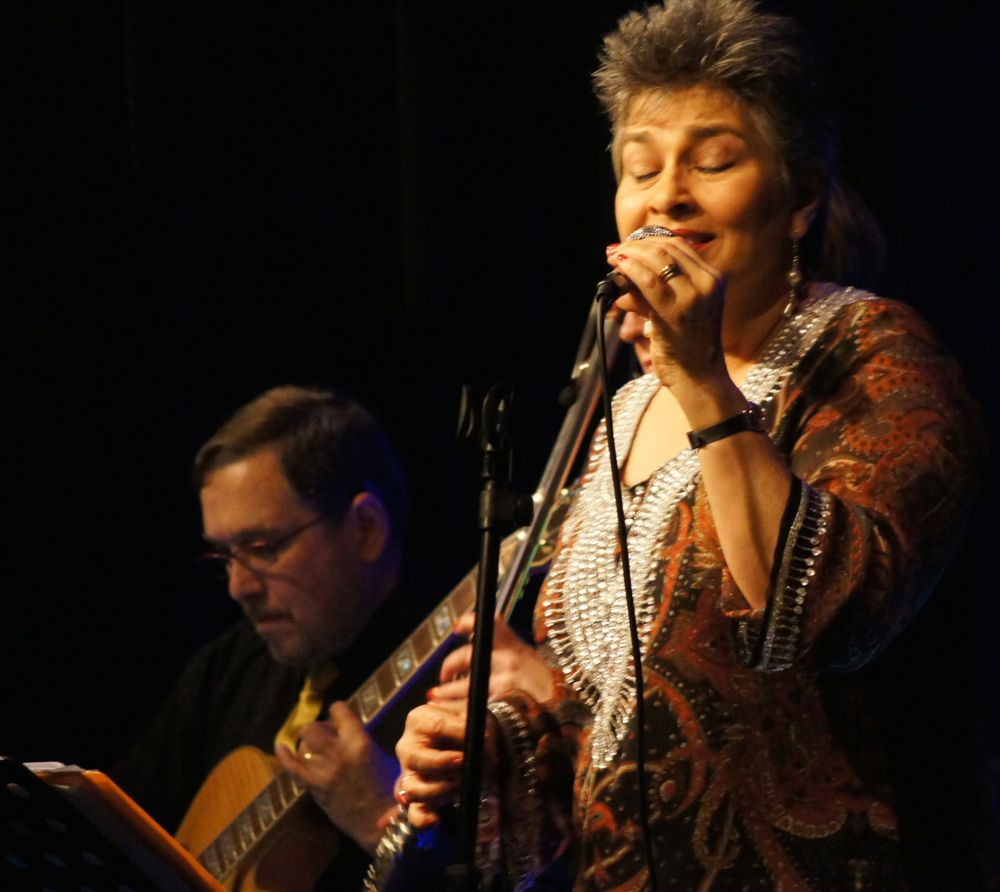 It must have been the coldest and wettest night of the year but the audience was warm and enthusiastic!

Pippa was in fine form vocally and bantered with the audience and the band – especially Daniel Pickard and Ann Craig.

‘It was great music, musicians, venue and sound.’
‘Very enjoyable night. Pippa was great with Jazz Notes providing excellent entertainment. Lovely local venue hopefully I will be back in October.’

Thanks to everyone who came, including members of the Australian Jazz Museum and the Melbourne Jazz Music Group (Meetup).

Following on the success of our event at the Ringwood RSL, last month, Pippa Wilson will be appearing with Jazz Notes at Burrinja Café, Upwey on Friday, 1 August 2014.

You can hear see and hear a minute of the Ringwood event at:
Pippa Wilson with Jazz Notes at the Ringwood RSL

You can hear see and hear one minute of our recent Ringwood event by going to the Watch & Listen page (menu at the top of this page).

Pippa Wilson with Jazz Notes at the Ringwood RSL